Why too much alcohol is a big No-no! 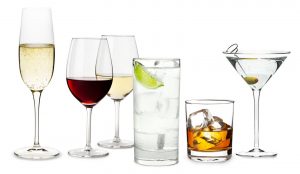 It may sound obvious through it’s name, but there is probably a lot you do not know about alcohol poisoning. Alcohol poisoning occurs when a person drinks a toxic amount of alcohol, usually over a short period of time, also known as ‘binge-drinking’ or heavy drinking. Alcohol poisoning can cause certain areas of your brain, controlling basic life support functions such as heart rate control, breathing and your temperature to shut off.

Did you know? Just as little as four (for women) or five (for men), alcoholic beverages in a single occasion can be seen as binge drinking. During parties or special occasions this can happen easily and a lot of the time unknowingly be surpassed. It is also worth pointing out that women should not drink during pregnancy. Whilst the majority do not, some women tend to, BUT did you know? drinking while pregnant can actually cause your unborn child to develop foetal alcohol syndrome. In addition to this, drinking while pregnant heavily increases the chance of a miscarriage or premature birth. 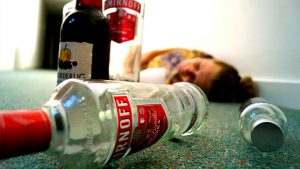 But how exactly does alcohol poisoning occur?

Each time a person drinks alcohol, our liver needs to filter the substance out of the blood. The human body can only only process about one unit of alcohol per hour, as alcohol absorbs quicker into the body than food, so, when drank in a short space of time, your body will be unable to process this all. This can cause your blood alcohol concentration (BAC) to rise. BAC refers to how much alcohol is in your blood stream. Did you know? you can measure the level your BAC through a Breathalyzer test (as done by many police officers), a urine test or a blood test.

To simplify how your BAC is analysed, imagine you have a bac of 0.10. This simply means, that 0.10 percent of your blood contains alcohol.

Here are some symptoms to look out for, if ever in doubt, seek medical help!

WOMEN! this is important! 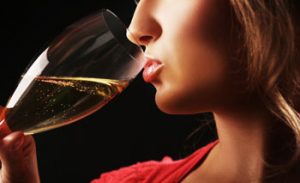 Whilst alcohol is bad for both men and women, the lasting effects and the general risk factors are greater in women. As women have a lower body water temperature to men (the average female body only contains 52 percent of water in her body, whereas males have 61 percent of water in their body), a woman’s ability to dilute alcohol is a lot harder. As well as  this, women have less ‘dehydrogenase’, a liver enzyme designed to break down alcohol in the body, compared to men and so, because of this they have a Poor ability to metabolize alcohol.

In terms of longtime effects alcohol poisoning leaves on women, the risks of mouth, throat and breast cancer can become higher, your menstrual cycle can become disrupted leading to irregular periods, and you have a higher risk of liver cirrhosis and other alcohol-related liver diseases compared to men.

But, regardless of your gender, there are factors that can equally affect you.

Below is an image which shows just how much alcohol percentage is in some popular drink choices.

So, how can someone prevent alcohol poisoning?

The best way to avoid this in the first place is to drink the recommended amount of alcohol to begin with. This is no more than 14 units a week for men and women.

However, if you know you will be drinking more, stay hydrated between each drink with water to reduce hangover symptoms the next day. Eat before and during the time you will be drinking to help speed up the alcohol absorption rate, stick to clear alcohol like Vodka, gin or white whine, as these contain less congeners in comparison to drinks like brandy or whiskey. Most importantly though, STOP when you feel like your body is becoming overwhelmed by the alcohol – it will only help you.

This website uses cookies so that we can provide you with the best user experience possible. Cookie information is stored in your browser and performs functions such as recognising you when you return to our website and helping our team to understand which sections of the website you find most interesting and useful.

Strictly Necessary Cookie should be enabled at all times so that we can save your preferences for cookie settings.

If you disable this cookie, we will not be able to save your preferences. This means that every time you visit this website you will need to enable or disable cookies again.